Sydney, the capital of New South Wales and Australia's largest city, is best known for its harbourfront Sydney Opera House, with a distinctive sail-like design. Massive Darling Harbour and the smaller Circular Quay (pronounced “key”) port are hubs of waterside life, with the arched Harbour Bridge and esteemed Royal Botanic Garden nearby. Sydney Tower’s outdoor platform, the Skywalk, offers 360-degree views of the city and suburbs.

Although the land has been cared for and lived in for thousands of years by Indigenous Australians. Sydney was first visited by the British in 1770 when Captain James Cook and Joseph Banks sailed the Endeavour into Botany Bay. The First Fleet arrived at Botany Bay in 1788 under the command of Governor Arthur Phillip.

Sydney has many cultural influences. Aboriginal sites and engravings are still present from the traditional land owners, the Eora tribe. The city also has an Anglo Mediterranean style with growing Chinese and Asian influences.

The Sydney Harbor Bridge both divides and connects the city into two parts: North and South. Most of the tourist attractions are on the south side of the bridge, with a large business and residential areas on the north side. The South part of the city consists of The Rocks and Circular Quay, and Luna Park on the North side. Also on the South side, Darling Harbour marks the West, and there are a number of parks and beaches to the East.

Sydney offers a whole range of great tourist attractions from the world-famous Sydney Opera House and Sydney Harbour Bridge to the sandy shores of Bondi Beach.

Home to some of the country’s most beautiful natural attractions, the Blue Mountains are less than 2 hours away from Sydney by car or train. Deep valley troughs that have been formed over millions of years offer sensational views, some of the lookouts located at Wentworth Falls, Govetts Leap and Echo Point.

Remember not to miss the superb views of the Three Sisters and beyond once you reach Katoomba. Here you can also experience Scenic World, where the glass-topped carriage of the Scenic Railway take you on a heart-stopping ride into the depths of the Jamison Valley, or jump abroad the Scenic Skyway and journey high over the canyon for amazing views. 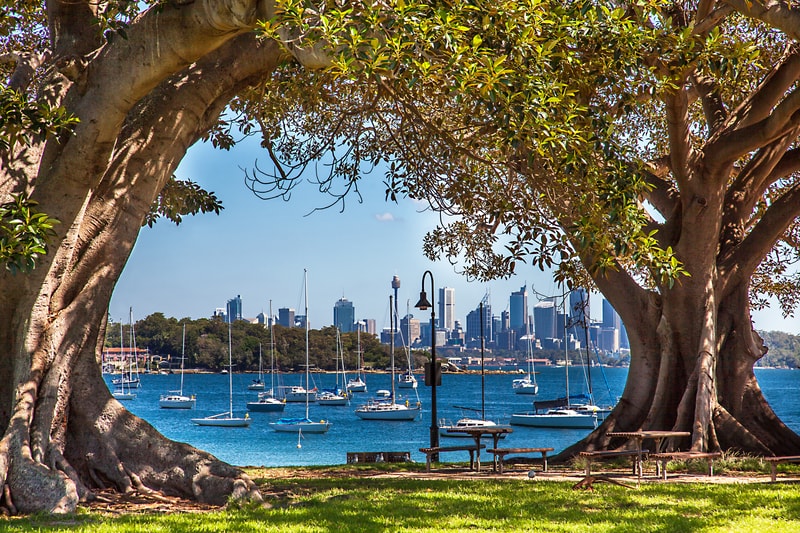 The beautiful coastline runs from Manly to Palm Beach, a popular destination for fans of TV soap Home and Away. A very casual and sporty lifestyle plus the natural beauty of the area, makes the Northern Beaches one the most famous surfing meccas of Australia. Also popular for great variety of places to eat and drink with friends and family.

If wanting to learn how to dive, surf or swim, Manly Beach offers all of it with popular schools such as Manly Surf School and Manly Surf Guide.

Bondi is world renowned and even if you haven’t visited yet, chances are you’ve heard of it; and once you get there you will know why it deserves its reputation. The expansive soft, white sand, the crashing waves and sand cliffs all unite to manifest a spectacular seaside suburb that offers something for everyone.

Bondi is patrolled by professional lifesavers and is also home to one of the oldest surf lifesaving clubs in the world and one of Australia’s oldest swimming clubs, the Bondi Icebergs.

There is a memorable coastal walk from Bondi to Coogee, a 6km trail that has been carved into sandstone cliffs and offers uninterrupted views of the ocean.

Melbourne, the capital of the state of Victoria, has a population of more than three million, making it Australia's second largest city. It is regarded as the cultural and fashion capital of Australia and renowned for its fine restaurants. It is a true multicultural city with more than one quarter of Melbourne's residents born overseas. Although the official language spoken in Melbourne is English, hundreds of languages are spoken by residents including Mandarin, Italian, Spanish, Greek, Cantonese, Arabic and Vietnamese.

It was the gold rush of the 1850s that truly put Melbourne on the map as a global city, transforming it into one of the richest and largest cities in the world in a matter of years. That rapid growth and affluence helped Melbourne grow into the city it is today – ranked the most liveable city in the world 5 years in a row and one of the top 30 cities in the world in the Global Financial Centres Index. From the Melbourne Cricket Ground to the National Gallery of Victoria, it is home to some of the country’s most iconic sites.

Take an early morning balloon flight, meet passionate food and wine producers, and encounter a platypus at Healesville Sanctuary in the Yarra Valley. Wander the walking trails, meander the villages and discover the hidden delights of the Dandenong Ranges among its scenic winding roads, abundant artist studios, craft stores and renowned gardens.  There is something for everyone at this beautiful part of Victoria. 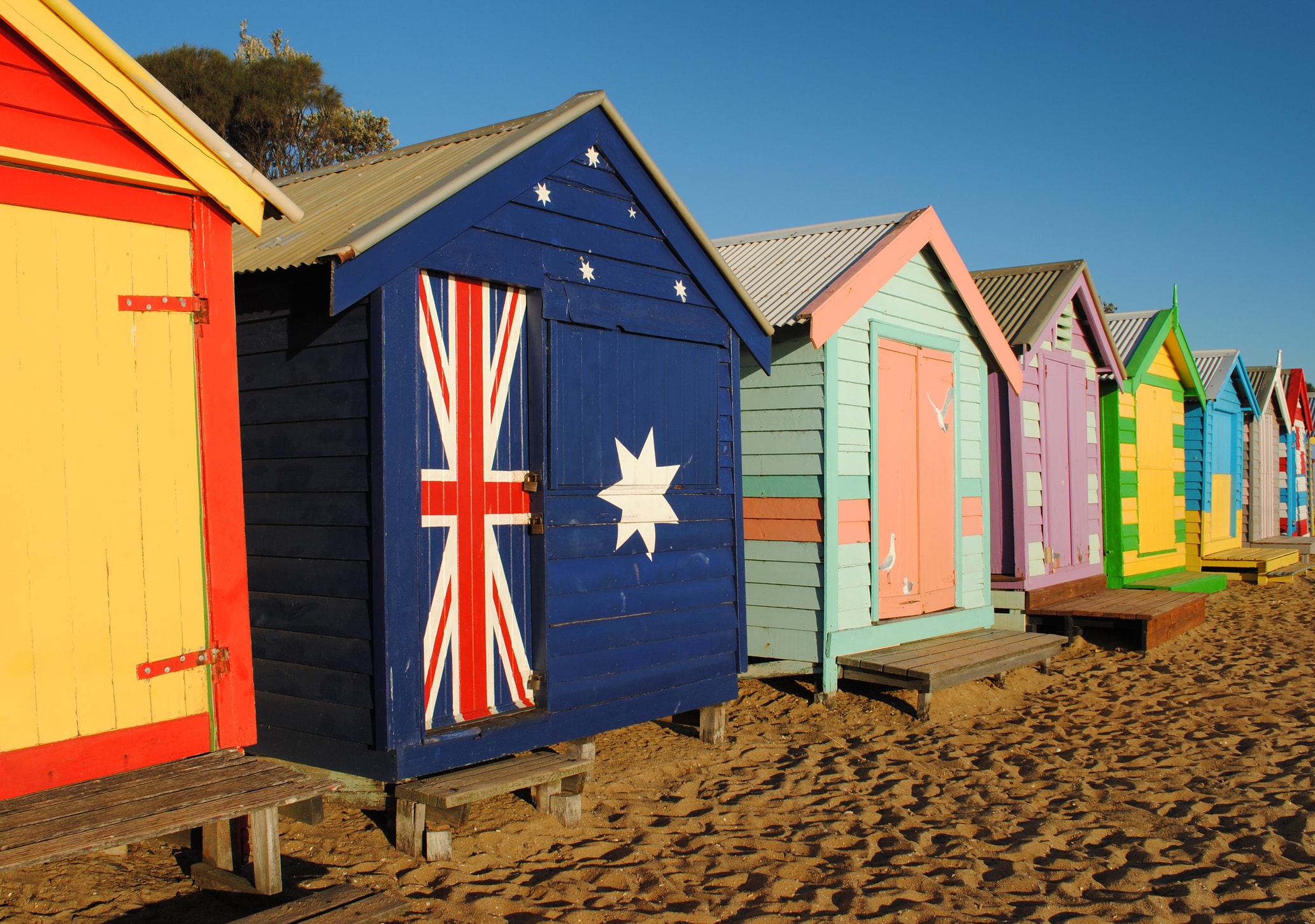 Take a trip down the Mornington Peninsula and be dazzled by the vibrant coastal villages and charming hinterland hamlets full of boutique wineries and acclaimed restaurants, art galleries, manicured gardens, geothermal springs and renowned golf courses. Pass the famous, quaint and colourful bathing boxes strung along the beachfronts of Dromana, Rosebud and Mornington, and then head inland through the rolling hills and its amazing views.

Discover life on and underwater around Mornington Peninsula's beautiful sandy beaches. Catch a wave at surf beaches, scuba dive around the Portsea pier reef system, encounter stunning sea dragons as you snorkel the underwater trail around Rye pier, and frolic with the seals and dolphins in the waters off Sorrento

Pristine white beaches and hi-octane motor sports, endless options for fun and discovery of its iconic wildlife. Visitors find it all on a seaside holiday at Phillip Island, just 90 minutes from Melbourne. See little penguins and sleepy koalas in their natural habitat, swim on a quiet bay beach, and soak up all the action at the Australian Motorcycle Grand Prix.

See the towering 12 Apostles, get up close to native wildlife, and take in iconic surf breaks, pristine rainforest and misty waterfalls along the spectacular Great Ocean Road. Get outdoors on bushwalking, surfing and mountain biking expeditions or take the cultural route through galleries, museums and heritage attractions. Feast on spectacular views and local produce along the way. The Northern Territory is vast; extending from the centre of Australia’s map, near Uluru and the town of Alice Springs, to the coastal capital city of Darwin and its neighbouring islands.

Despite its geographical footprint, this is a territory rather than a state because of its small population. Just over 250,000 people live here – less than half the headcount in Tasmania.

Above all, the Northern Territory is a fun place to be, and it stays with you, even after you leave.

Darwin - Capital of the Northern Territory

This city is both modern and multicultural, boasting a population made up of people from more than 60 nationalities and 70 different ethnic backgrounds. The city is characterised by its many exciting cultural festivals and weekly food and craft markets.

Being smaller than the other capitals, Darwin is an ideal city for international students to immerse in the Australian way of life. There is a real sense of community where everyone is made to feel welcome. 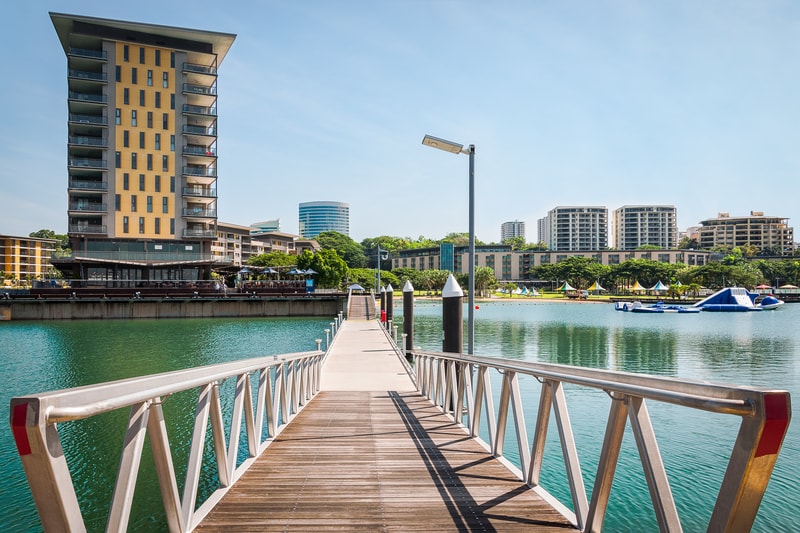 Experience the best of Darwin’s tropical lifestyle at Darwin Waterfront Precinct, which is just five minutes’ walk from the City Centre. You can relax with a coffee or linger over a long breakfast, lunch, dinner or drinks at one of the precinct’s many cafes, restaurants and bars. Walk a little further, and you’ll find yourself in the famous open air cinema, “Deck Chair Cinema”, an experience not to be missed while in Darwin.

It is a popular recreational green space, complete with a bike path, outdoor exercise equipment, swimming pool, cafés, open-air restaurants and even food trucks. A shared path from Rapid Creek to Nightcliff connects numerous outdoor exercise stations and the iconic Nightcliff Pool where you can swim while having great views over Darwin Harbour. The picturesque Nightcliff Jetty is a popular spot for fishing and watching the stunning Darwin sunsets.

It is a small suburb joining the large shopping and business area with the emergency service facilities/buildings. The largest shopping Centre in Darwin is also located here, called Casuarina Square. From here, travellers can also ride buses directly to Darwin or Palmerston interchanges. 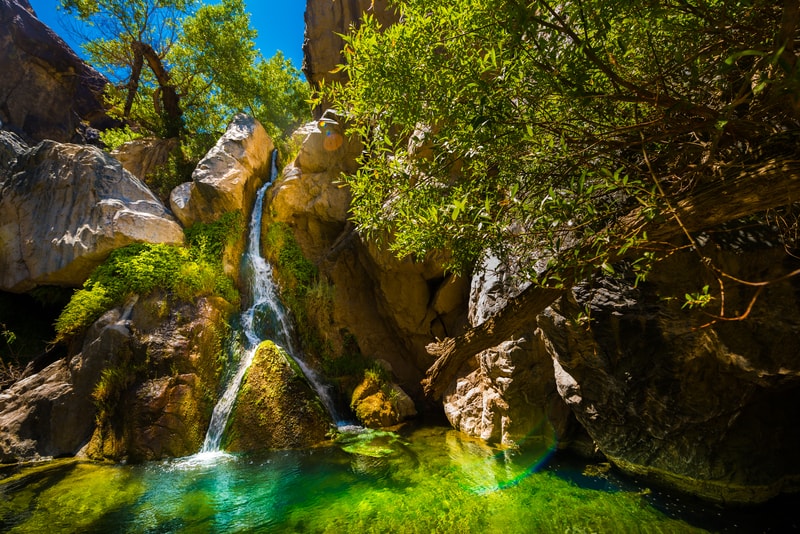 Situated in the suburb is the Fannie Bay Gaol Museum, Fannie Bay Racetrack and a monument to Ross Smith, the first pilot to fly from England to Australia.

There is plenty to do nearby and one of the top attractions is a visit to Lake Alexander. The lake’s water is safe for swimming even during the ‘box jellyfish’ season and is partitioned to allow kayaks and small boats in a separate area.

Larrakeyah is named after the indigenous group that have occupied the area since before European settlement, the Larrakia, of the Darwin coastal area. There are plenty of tourist attractions you can find in this area such as Cullen Bay, Mindil Beach and the George Brown Botanical Gardens.

Larrakeyah is now a densely populated suburb, home to an increasingly diverse population of long-time locals, indigenous and transient residents who come to Darwin to work during the cooler dry season.